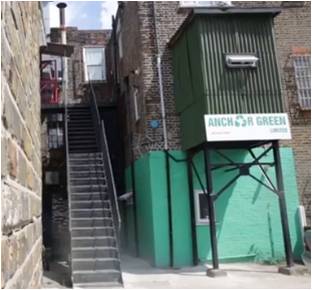 Anchor Green Limited is one of the UK’s fastest growing environmental services companies specialising in the recycling of municipal, commercial, and industrial waste, with a huge presence in metal recycling.  Founder and Director, King Chukwuedo was referred to Fit for Legacy (FfL) from a the business support team at the London Borough of Barking and Dagenham as King wanted to learn more about accessing contract opportunities to grow his business and improve his chances of wining bids.

The team at FfL conducted a business needs analysis and recognised that they needed to work with Anchor Green on ensuring they understood the requirements and steps of tendering.  They focused particularly on ensuring King had relevant policies and the supporting documentation in place.  King attended a training session around

“Procurement and How to Win Contracts” as well as various policy workshops on how to create his policies.  As a company with a commitment to the sustainability of the environment, it was paramount that Anchor Green had a comprehensive and robust environmental policy in place which demonstrated its own internal values as well as it’s commitment to it’s customers. FfL worked with King to ensure that this was his strongest asset and allow him to increase his competitiveness in the bidding process.

With this comprehensive environmental policy in place, Anchor Green was able to secure a large contract win which also meant the company had to create a new job role to fulfil the contract. Anchor Green were also recognised and awarded the winner of the ‘Green Business of the Year” award at the 2014 London Borough of Barking and Dagenham Business awards

“We knew we had to grow the business and create new revenue streams.  We also wanted to be in a better position to compete for contracts.  FfL made the steps of tendering clearer and, with these new policies in place, we are now taken more seriously as a business supplier when we go for contract opportunities”.