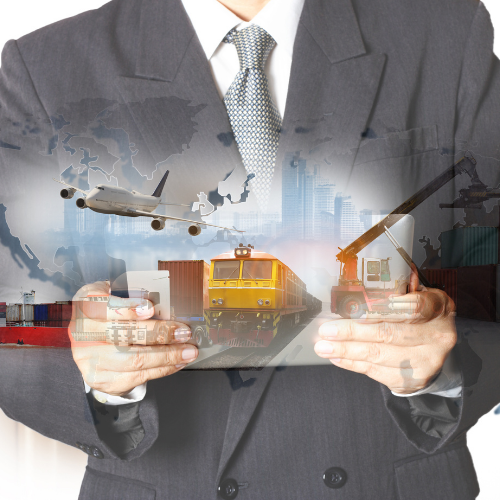 Some GB companies that import goods from the EU are experiencing delays due to problems and apparent anomalies with UK taxes, tariffs and other costs.

This briefing will clarify some of these issues – but they relate only to importing organisations based in GB (England, Scotland and Wales); there are different arrangements for NI (Northern Ireland) customers.

We have also commented in here on the current status of Chinese imports.

Following the end of the UK/EU transition period, HMRC have introduced new rules on Customs Duties and VAT for goods coming into GB from the EU. Importers therefore need to be aware of potentially significant new costs.

If you are placing an order with an EU supplier valued at £135 or less (based on the exchange rate at the time of payment or an agreed fixed sterling price between vendor and supplier), the EU vendor must register for VAT in the UK and add it to the price of all online and paper-based transactions.

If the EU vendor is not registered for UK VAT – and, unsurprisingly, most of them are not – the GB purchaser is liable to pay the additional VAT charge to HMRC.

In many cases, the carrier will also impose a handling fee for their work in generating the additional declarations and paperwork that is legally required.

Here’s an example: Let’s assume that the GB customer places an order worth £130 with an EU supplier that is not VAT registered in the UK.

The GB customer reasonably thinks that this is the final price; however, they will be liable to pay UK VAT at 20% (£26) to HMRC plus a carrier’s handling fee that could be around £25.

This would mean that instead of paying £130 for the goods, they actually have to pay £181, which would probably seriously erode or wipe out their sell-on profit margins.

For orders placed with a value over £135, the EU supplier does not have to add UK VAT to their invoice.

The VAT and any handling fees will have to be charged by and paid to the carrier directly. Customs Duty may also be added to any imports valued at more than £135. As in the first example, this could add significantly to the overall final price.

Two points to note: 1) if the GB purchaser is registered for UK VAT they will be able to reclaim it on their next HMRC VAT return, and 2) any goods that do not carry VAT in the UK (such as children’s clothes and books) will be exempt regardless of where the supplier is based.

In a recent transaction designed to test the new rules, one of our Building Legacies external consultants placed an order for a mixed parcel of food and wine with a Spanish supplier that is not registered for UK VAT. The value of that order was £127.61 ‘including taxes and carriage’.

The goods were dispatched by lorry on March 11th and arrived at the carrier’s UK clearance depot on March 15th, with a given customer delivery date of March 17th.

When the goods did not arrive, the purchaser started a series of phone calls and emails to and from the Spanish vendor and the UK carrier, resulting finally in a delivery, ten days late, on March 27th.

In this case, the Spanish supplier had no knowledge of the UK rules and the carrier, quite rightly, refused to release the consignment without payment as they (the carrier) are legally obliged to pay the VAT in the UK and they also sought to recover their own costs.

After the purchaser had told the Spanish suppliers that he would not place any further orders unless they absorbed all the additional costs on the current order, they finally agreed to do this.

Nevertheless, much time was wasted – and all business time has a monetary value, yes?!

Our strong advice for anyone importing goods from EU suppliers is to engage fully with them before placing, and paying for, any articles.

Ideally you need written confirmation that the supplier that all costs, taxes, tariffs, customs duties and transport fees are included in an initial agreed price – and the supplier needs to confirm in writing what these charges are and how they will be paid.

Be aware, however, that any payments withheld by the supplier to cover GB costs may result in the UK carrier refusing to deliver until any HMRC fees – and their own carrier costs – are paid in full.

In another very recent test case, orders placed with suppliers in China all arrived earlier than scheduled, with all import duties, taxes, tariffs and carriage costs having been paid correctly in advance by the Chinese suppliers.

It is possible that the current blockage of the Suez Canal by a grounded mega-vessel may cause some delays to UK orders.

The grounded vessel has thousands of containers on it and several hundred other vessels are now delayed as they cannot access the Suez Canal until the grounded ship is re-floated.

If you have time-critical goods on order, you should check with your supplier/s for delivery status updates.